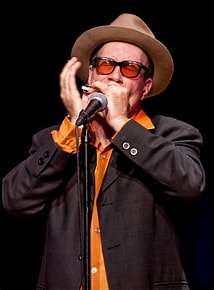 Grammy Nominee, Blues Award winner, and author, Mark has won Best Blues CD and best traditional Blues CD at the Blues Music Awards in Memphis, TN. His recording The Hustle Is Really On climbed to #2 and stayed in the top five for four months on the Living Blues Radio Charts. Mark started playing harmonica in 1970 and is considered one of the premier blues harmonica players of his generation thanks to over thirty recordings since 1985, including the Grammy-nominated 2013 release Blind Pig recording. Hummel has crafted his own trademark harmonica sound – a subtle combination of tone, phrasing and attack combined with a strong sense of swing.
Joining Mark is Aki Kumar, Pete Fazzini and Tony Delgado

What the critics are saying:
Mark Hummel is a harmonica God – Blues Revue
Hummel plays the harmonica with the fat, full sound that made Little Walter sound almost like a saxophonist rather than a harp man – Chicago Sun-Times

Mark Hummel is a Harmonia God. He is one of a handful of the best players ever on the instrument – Blues Revue Magazine

This account is used by Events Manager for anonymous event submission
View all posts by Event Form →
Bookmark the permalink.